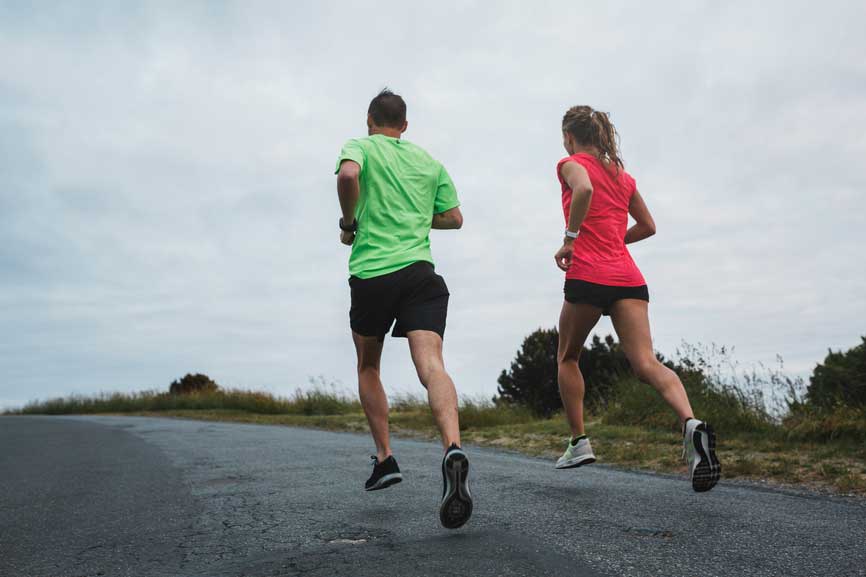 Hi, I’m Lauretta.  I’m Jimmy’s better half, the office manager and receptionist here at Fluid Health, mother of two small children.  I’m usually as busy as a fact-checker at snopes.com.  And for some insane reason, this year I’ve decided to run the Melbourne Marathon. 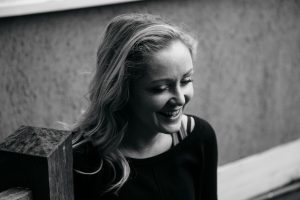 I’m not a runner.  I used to be, when I was a perky adolescent in New Zealand.  My forte was the cross-country, four kilometres barefoot through hilly farmland, dodging cow patties, bumblebees and electric fencing.  I used to love it.  I remember the adrenalin rush that I got from the pace, the rush from the country air, the rush from aggressive Friesian bulls.  But it was a long time ago now.  I get the feeling that schools these days don’t force nine year olds to stumble through silage ponds or wrestle with barbed wire for the sake of getting a tick on a school report.  But they should.  It was fun.

And I remember the feeling afterwards.  It’s such a beautiful, golden sense of wellbeing.  Running makes you feel good, and I wanted to feel it again.

I haven’t exactly let myself go since my teenage fitness heydays.  I’m a semi-regular at the gym, but I tend to favour more gentle forms of exercise like yoga and pilates, or weights sessions if I feel like I need a bit of a tune-up.  My favourite class at the moment is Yin yoga – it’s not really exercise, it’s just about getting into a deep stretch and holding it for four minutes.  There’s no cardio required, its gentle, peaceful, and I feel about four inches taller when I walk out of the studio.  It’s glorious.  And again, no cardio required.

This is important because at some point in my life I’ve started hating cardio with a passion.  Anything that requires any form of extreme exertion I will avoid like the plague.  I’m glad my kids only have little legs, because they run away from me a lot and I’m always sprinting after them.  Sprinting is fine, but if I had to hold that pace for an extended period of time, well, that’s a big nope from me.  I’m not a sloth, but I am lazy.  I cut corners, I never take the hard road, I’m a ‘work smarter not harder’ kind of girl.  The idea of going for a long run sounds great in my head, but in reality it’s excruciating torture.

So of course, I’m just going to go ahead and run a marathon.

Running a marathon has always been on my bucket list.  It’s something that I’ve always wanted to say that I’ve done.  Not actually do it, but I’ve always wanted to have done it.  And let’s face it, I’m in the best place in my life to do it right now.  I work in exactly the right place – a soft-tissue injury clinic, with remedial massage therapists, myotherapists, functional movement experts and personal trainers all around me.  I have full access to our Sports Recovery Centre, the ice baths, far infra-red sauna, recovery pump boots, even the hyperbaric chamber.  I’ve even got access to running coaches, who I’ll be hitting up for advice very soon.  I have no excuse!

I’m conscious of the fact that I’m getting on the downhill slide to 40, and training for a marathon is only going to get harder, so this year I’m going to do it.  I am.  I AM!

And I’ve made sure that I’m going to do it by telling EVERYONE.  I can’t back out now, I’ve told everyone that it’s my one goal in 2017, it’s my last chance to do it and do it properly before I get too old and my knees don’t work and my ticker gets too dodgy.  I’ve told all the clients at work, I’ve told all my friends and family, I’ve told four strangers in the street so far and everyone has been super-encouraging.  Apart from one of the strangers in the street, who was just a bit puzzled.  I probably should have just bought his copy of The Big Issue and walked away without speaking.

So I’ve made myself accountable.  Next step, the training.  I’ve started out easy, three kilometres on the treadmill first, which was gruesome but I got there.  The next week was four, and last week was five, and this week I’m up to six.

And I’m still hating it.

God, it’s awful!  Does anyone actually enjoy this?  After five kilometres I’m a bright-red sweat-bag, I can taste blood in my mouth, my heart feels like it’s going to jump out of my chest and I can’t think about anything except for stopping, and never doing exercise ever again.  And that’s only after six kilometres!  How the hell am I ever going to do 42? 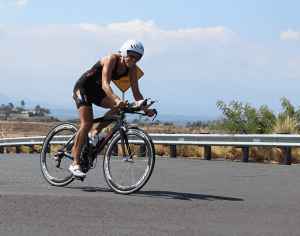 I poured my heart out to our local Pro Triathlete, Vanessa Murray.  She told me that my problem is that I’m training on a treadmill, and that it’s too boring.  “Get out, go along the beach, go around the lake a few times,” she said.  “You’ll be more motivated in the fresh air with new visuals around you.”  At this point, she got a bit misty-eyed and started waxing lyrical about early morning runs with the sun coming up on the horizon, and how beautiful it all was and how great it makes you feel.  I admit that I got swept up in her enthusiasm, before she mentioned that she ran 90 kilometres over the last week.

She’s obviously insane, and I can’t take anything she says seriously.

But she’s given me hope that I can do this.  She’s human (allegedly), and I’m human.  I just need to keep it up, keep training and keep my eyes on the goal.