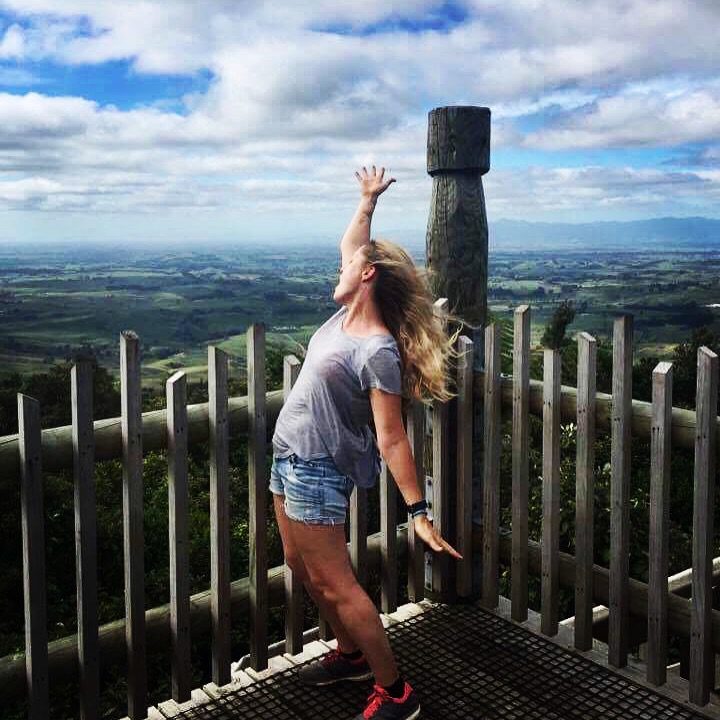 31 MarThe Lazy Girl Finally Understands How Long A Marathon Is 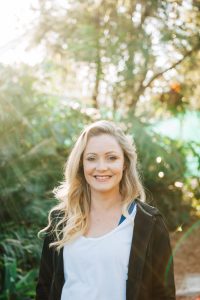 But I never really understood how long it actually was, when you’re trying to cover that distance with your jaunty-trotting feet.  I was just all up in my airy-fairy head, thinking “oh, running a marathon sounds like a good goal, it’s pretty far, it will be quite hard, I should set myself a challenge and go ahead and do that.”

My head is a nice place to live sometimes, because I am INSANELY naive.

A marathon is huge.  It’s not just huge – it’s fair to say that running a marathon is DAMN NEAR IMPOSSIBLE.  When I started, I could barely run three kilometres without wanting to die, then dig up my own corpse and kill myself for trying to run in the first place.  But everyone reassured me, if I trained properly, if I kept it up and I built up slowly, then I could do it.

I understand now why the people that I spoke to about it that weren’t fitness nuts just looked at me like I’m crazy.

And I understand why the fit people were all serious and encouraging about it.

Because it IS serious and you need SERIOUS ENCOURAGEMENT.

It’s been a rough month…

This month was very grim starting out.  I had a few minor niggles that prevented me from running for very long – an old ankle flare-up, and a weird hip problem that I get from lugging my hefty two-year-old daughter around.

So I could only train in fits and starts, and I wasn’t running any more than 6 kilometres at a time.  And then, because I obviously wasn’t working hard enough anyway, I decided to take a holiday to visit my family in New Zealand.

Or, what I thought would be a holiday, maybe punctuated by a couple of short runs, just to keep my legs in condition.  Little did I know I was about to fall into the clutches of an exercise sadist. 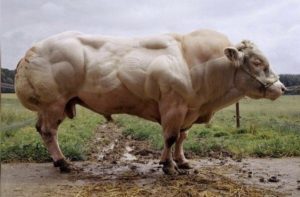 My sister Verity knew about the marathon training and, trying to be helpful, she entered me into a 6.7 kilometre fun-run, which was due to start about half an hour after I landed in New Zealand.

That’s right, I was supposed to run a race, after two airports and four hours on a plane with a couple of toddlers who used me as a climbing frame the whole time.

As it turns out, it was quite nice.  I fronted up to the start line expecting to die, but the terrible circumstances of the day actually worked out in my favour.

Until that moment, I’d spent the whole day sitting on my bum, so to be on my feet and pounding forward felt amazing.  I’d had hours of toddler-wrangling and barely had a moment without a tiny body crushing my own, so to run free, unimpeded, was heaven.  I’d spent the best part of the day answering ‘why’ questions and singing nursery rhymes, so to listen to Beyonce loudly extorting me to Get In Formation was just exhilarating.

I enjoyed it, I ran the whole way and I felt like I could have easily kept on going. 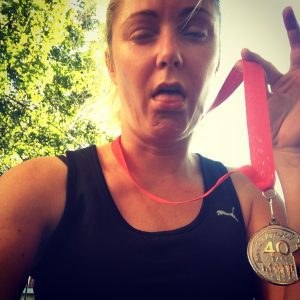 I ran a race and didn’t die

And the fitness just keeps coming

Because of the whole marathon-training thing, my sadist sister was under the impression that I am a Very Fit And Active Person, so she roped me in to doing her latest fitness craze with her, which is climbing enormous mountains.

Fast.  Actually running up them.

I guess you could describe it as trail running, but it was practically trail climbing.  It was Cardio City.  And I HATE cardio.

The last one we did was 5.6km up 800 metre elevation, and it was tough.  Luckily for me, after a few days of forcing me to do climb after climb, Verity fell off her roof while trying to clear the gutters during a storm and got pretty banged up, so I got a couple of days break.

But I guess I got something out of it, because once I got home and started to train again, something weird happened.

It could be all the cardio that the exercise sadist made me do.

It could also be because I’ve found the perfect time of the day for me to run.  Before, I was trying to drag myself out of bed at 6am to do it, which was horrendous.  I’m not an early morning person. I can get up if I have to, but the idea of going for a big run in the morning, then doing a big full day of toddler-wrangling was like signing up for a full day of torture. 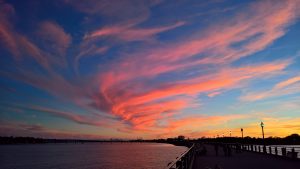 The thrill of being able to run out the door as soon as I’m done being a child-servant is addicting.

And I love running at night.  The twilight is as beautiful to me as the sunrise is to all those mental fitness-nut earlybirds.  The dark of night is exciting and otherworldly.  And yes, I stick to the tourist spots around the beach where there’s tons of people around, so I’m not worried about my safety.

I’ve found my sweet spot, and I had no trouble doing my first 10 kilometre training run last Saturday.  It wasn’t that hard.  It can only get better from here.

Next issue:  Who Wants To See a Photo of my Thigh Chafe?