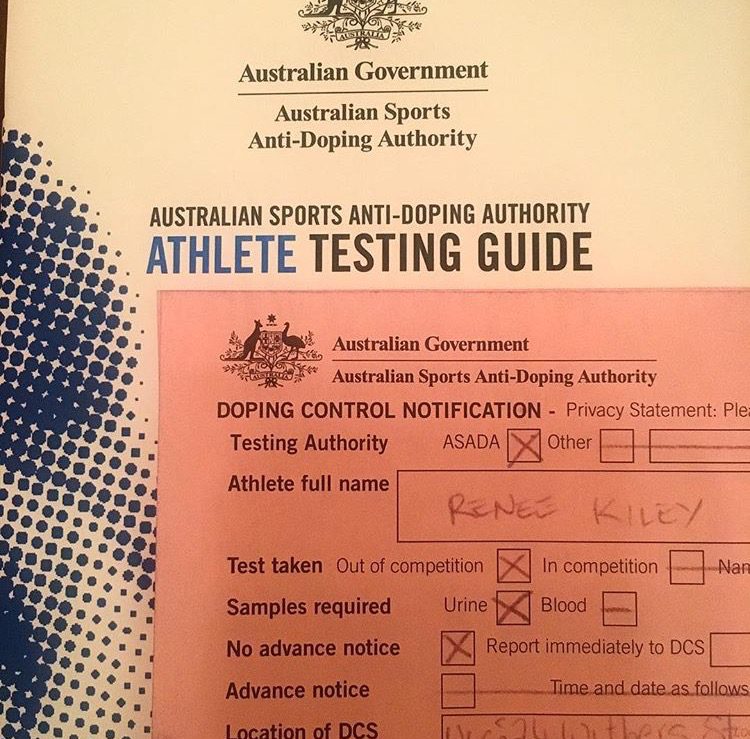 Everyone knows about doping in sports.  Professional sportspeople are tested regularly by anti-doping authorities ASADA to make sure they’re not taking performance-enhancing drugs.  The rules are strict and the penalties are severe.

But what about amateur athletes?  If you’re a trainee triathlete or a pre-pro performer, when you compete in an event you might be bound to the same rules as the guys that are paid the big bucks.  Here, age-group competitor Renee Kiley tells us about the night that the Australian Sports Anti-Doping Authority came calling.

“On the 19th December 2016, I got a knock at the door around 8pm, which is about an hour before my usual bedtime so I thought it was slightly odd. I took my dog with me to the door so I would have an excuse to shoo off what I thought was going to be telemarketers.

When I opened the door, I was greeted with two very serious faces in matching uniforms. “Hello, is Renee Kiley available please?”

Definitely not telemarketers, but at that point I still wasn’t sure who it was. I left them waiting out on the front porch while I excused myself and put my dog outside. When I returned one of them said, “We are from ASADA, Renee, are you happy for us to come in?”

ASADA, ASADA who were ASADA again? I knew the name sounded familiar but couldn’t think under pressure. I must have looked pretty silly standing there blankly. After what seemed like minutes of silence I remembered exactly who ASADA was, and said out loud, “Oh wow, ASADA, yes wow of course you can come in.”

I think my heart rate immediately rose to about 200bpm.

I rambled the whole way down the hallway making small talk and nervously laughing, trying to make conversation. I was carrying on, saying it had been months since my last race and that I was injured and was currently so out of shape (like it mattered!)

I was extremely anxious. But not because I was concerned that I was doing the wrong thing. I’m the type of person who gets nervous when I’m approaching an RBT even if I haven’t had an alcoholic drink for 3 months.

The ASADA representatives were also very serious which wasn’t helping.

I kept repeating how nervous I was while they sat me down in the lounge room and started filling out paperwork. I cursed myself about the way that I must be coming across to them. I was getting more overwhelmed and I’d correct myself and explain it wasn’t because I was taking anything – I’d just never been through this process before. I can’t imagine what they must have been thinking. 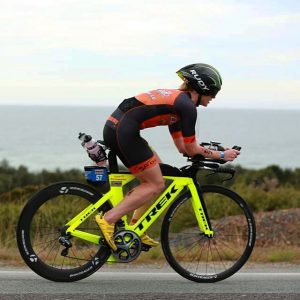 They explained what was going to happen and how long it would take. I was required to give a urine sample and that the female ASADA representative would be coming to the bathroom with me and would need to be able to see the urine stream the whole time for the test to be considered correctly completed. They asked me a series of questions, mostly in relation to my understanding of what was happening, but they also asked me who my coach was and whether I had had any medical procedures etc within the last week or so.

Then they asked me what supplements I took. I started naming them but I kept going blank. I was so nervous so I ended up going to the kitchen and gathered my supplements up in my arms. I took them all into the lounge room and they wrote them down one by one. I think this part of the process made me stress a little bit. I hadn’t really given my supplements much thought before – they are all quite common and basic stuff. But I started remembering stories and recent Facebook posts about contamination, and the gravity of the situation really hit home.

Once we completed the paperwork, we went to the bathroom and of course it took me ages to be able to “go”. The ASADA lady was great. She explained she was a nurse and had seen it all before, and even turned taps on and off helping the “process” along.

Once the sample was provided I had to put it into two separate containers so there was an A and B sample. The ASADA representatives explained that I was the only one allowed to handle the sample and they constantly asked me to hold the bottles up to the light and check I was ok with the condition of all the instruments used during the test.

Once the samples were bottled up they had me tighten the lids until they locked and explained that only machines were able to open them now. They completed their paperwork, had me sign a couple of forms and declarations and they gave me a copy to keep.

I asked how long it took to get the results and they explained generally it was a 2-3 week turnaround but because it was now the Christmas holiday period it could take 4-6 weeks. They also advised that I would only hear anything if I received a positive test result and that I would get a letter in the mail.

No news is good news apparently!

I mentally calculated in my head that I would feel at ease by the first week in February. That seemed so far away – happy holidays…

The whole thing took about 45 minutes. In the following days I went to the ASADA website and checked my supplements about 17 times. I cursed myself repeatedly for not being more cautious and serious about checking them before I took them. They are all very basic though, things like protein powder, fish oil, BCAA’s, and magnesium, but it has been proven of late particularly with contamination concerns that you can never be too careful. 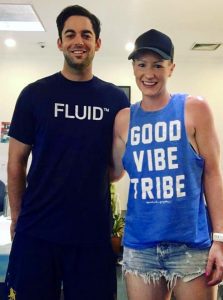 For me, this was a huge eye opener. And a great wake up call. It has definitely made me super-conscious of what I’m putting in my mouth and who is manufacturing these products. And I have to admit I am now much more curious about companies that put their nutrition products through independent testing before they package them up to sell.

With two more athletes testing positive in the last week and now facing bans which will affect their career forever it has never been more apparent that we need to be incredibly diligent in our choices in regards to both supplements and sports/racing/training nutrition.

Are you in training? See our Sports Recovery Centre here: